It seems the world today  is obsessed with Zombies! From TV series and movies, to books and video games. The retail world is making a killing! So this poses a question; what is the connection with zombies and humanity? This in itself raises another question; are there even such things as Zombies? Are they Fact or Fiction?

I looked to the Urban Dictionary to see what the definition of a Zombie was and this is what it had to say: The Walking Dead. Scientific name Homo Coprophagus Somnambulus. A deceased human being who has partially returned to life due to undetermined causes. The brain retains base facilities, namely gross motor function. In its near-mindless state, it grasps no remains of emotion, personality, or sensation of pain.

I would like to think that the general population would agree with me that the Zombies we see on TV and video games in fact are fiction; at least from an appearance standpoint. However, I believe I would have to argue the point that Zombies DO exist and they are slowly infecting others and increasing their population! Where am I going with this you ask? Let’s look back at this definition for a moment; in specific the last sentence.

I look at our country today; most of the world for that matter, and wonder what is going on through the minds of most people? The morality of humanity seems to be decreasing at an alarming rate as the value of life slips further down the priority list. It is as though the masses are existing from day to day with no awareness of the deteriorating state of our culture even though it is staring them directly in the face. How is this?

It’s a Zombie state of existence! In its near-mindless state, it grasps no remains of emotion, personality, or sensation of pain. I myself feel as though I went through this state; for awhile; but I thank my Heavenly Father that He touched my heart and freed me from that life. You see there is a HUGE difference between being alive and living. The masses; those in the Zombie state, are merely existing; the walking dead. It is as though they are detached from their surroundings in every way; spiritually, emotionally with no sense of remorse or responsibility to the negative changes around them; and with good reason: they believe it doesn’t affect them. As zombies, they resemble the other zombies in every way; no uniqueness to who they are; merely existing from day to day  attempting to infect those who are still “living”; feeding off them if you will. 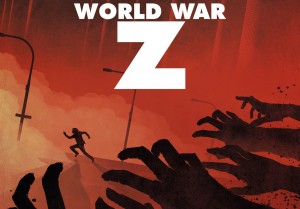 At some point, for the sake of our country, and even more importantly the future of our children, we must begin to wake up from this zombie trance; one where the pains of our children are not felt; where the lost of life through violence, abortion and senseless killing are selfishly accepted as long as it’s not directly connected to us; where the laws of man supersedes those of God; to believe there are no consequences in the future for our actions now. We must take control and become alive NOW! We must turn back to the state of living out God’s will for us, that in which our country was founded. Love your neighbor; work with sincerity of heart; be charitable; teach and guide your children; focus on giving as opposed to taking. When a life is senselessly lost, feel the pain and reach out with sympathy, love and hope accepting responsibility and work towards change.

As in Zombie movies, it can seem hopeless at times that a life worth living will be sustained through all that is happening around us; but know that the change lies within our own hands. “And do not be conformed to this world, but be transformed by the renewing of your mind, that you may prove what the will of God is, that which is good and acceptable and perfect.”  (Romans 12:2)

It’s not to late for our kids, our country or the world. The Zombie Apocalypse will be here before we know it we we don’t act NOW! This is the call to action! Reach out to your friends and family; pray for them; love them; and when need be hold them accountable! We get one shot at this! Let us strive to hear the words  “Well done, good and faithful servant! You have been faithful with a few things; I will put you in charge of many things. Come and share your master’s happiness!” (Matthew 25:23)

9 Responses to “Zombies – Fact or Fiction?”