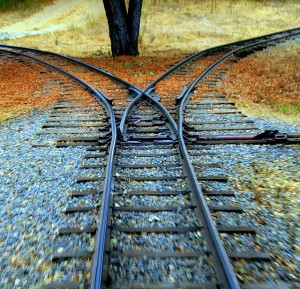 Can you imagine if someone you had never met walked up to you today and told you to leave behind the life you have been living and follow them, how you would react? You would probably think they were nuts! In addition, so many of us have our own idea of what we want out of life that we may be blind to what it is we were actually created for and called to do.

Disciples of Jesus are called by Him to minister in their homes and in their work places. However, Christ does call some of His followers to a vocational ministry. Regardless, a calling from God many times comes to ordinary men and women who accomplish extraordinary things. So who does He call out? In short, Christ’s call comes to those who have a hungry heart for God!

For some, this call comes like a lightening bolt! ZAP! and you feel you know your purpose and hear God’s call; much like Paul who was suddenly struck with a revelation of Jesus as Lord. But then for others, it’s a slow process that reveals itself over time; much like David who gradually went from feeding sheep, literally, to feeding God’s people by living an example that displayed God’s love.

Wherever we are called, His first command is to love God and the to love people. A calling without love is like a car without gasoline! It may be attractive on the outside but it’s not going anywhere. “You have persevered and have endured hardships for my name, and have not grown weary” (Revelation 2:3). Christians are not immune to conflict. In fact, our faith at times invites difficulty. So many of us try to avoid struggles, adversity and hard times but so often, if we would only embrace the moment of now and be obedient to our calling, what He has in store for us next is revealed. Through our trials, God’s plan and glory can and do shine! 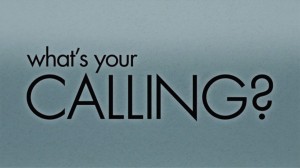 But if there is anything I have learned in these latter years of life, it is to first minister and serve our spouse and children. What does it profit a man if he saves the whole world but loses his family? Your credibility for Christ is seeing your faith “lived out” with those closest to you; your family and friends! A calling to family frees us to evangelize and disciple with the favor of God. His callings will align with His commands; so our service to Him and to others is seamless!

Above all, the Lord is looking for those already possessing the desire to serve, engaged in His word, growing in their character and actively sharing their faith in Him. Those persistently seeking His will and their calling will be given the graces needed to help conform themselves into the example of Christ to the world. Our humble examples of the ways of Christ through our actions come from walking intimately with Him daily. He looks to those He can trust! So don’t just look for your calling, but look for Christ and He will reveal His calling to you!

What is God’s calling for your life? Am I steadfast in loving Him and my fellow man? Now that’s a deep question. Think about it!

One Response to “What’s Your Calling?”