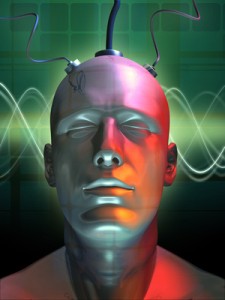 Imagine spending a million dollars on a brand new, state-of-the-art computer and when you open it up and turn it on, it’s only program was a simple calculator. Sounds absurd doesn’t it? Well there is not one of us who would not have a problem if that were in fact the case but this would be a pretty good analogy describing the human brain at birth!

We are born with what I believe is one of the most amazing organs God put into the human body and that is the brain. When we are born our brains are like the most expensive and complex computer in existence but from day one there is nothing programmed in it. But immediately after we enter into this world the programming begins. We are influenced by our parents, grandparents, siblings and family friends. As we grow up into young children we are influenced by the people and things in our environment; our friends, teachers, coaches, the things we see on television, things we hear on the radio; just about anything and everything around us is making an impact in the programming of our brains. This has been proven in science so much that some parents begin programming their infant’s brains inside the mother’s womb with music and verbal skills. We are like sponges when we are young.

As we begin to reach adolescence we begin forming our own thoughts, opinions and morals based on all the programming we have received. We even begin manipulating the programming ourselves by our actions and the things we choose to, or not to put into our minds. I believe many people go through their entire lives not realizing the importance of the things they allow into their brains; the effect it has on who they are and what they believe. Many believe they are victim of circumstance and there is not much they can do to change things. But understanding that we can begin to reprogram our minds, to rewire our thoughts and beliefs can be an exciting and freeing thought in and of itself!

They say junk in; junk out! And as with a computer, if we just download negative program after negative program; “viruses”, before long we are left with a computer that drags, is slow and that we can’t do much with. Unless we remove the viruses and re-program, sometimes to “factory settings”, are we able to make the most and maximize the computer to its fullest potential. Our brains are no different!

What we think about and focus on is crucial in the programming of our minds. We are made aware of that in scripture. Philippians 4:8 states “Finally, brothers and sisters, whatever is true, whatever is noble, whatever is right, whatever is pure, whatever is lovely, whatever is admirable—if anything is excellent or praiseworthy—think about such things.” It is evident in this scripture we are to upload those things of a positive nature, and try to avoid those which are negative. But that can be easier said than done.

People can typically be placed into 3 categories when it comes to the processing of their thoughts and beliefs. 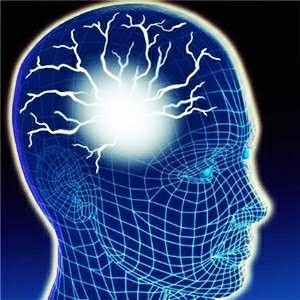 At the opposite end of this spectrum are those that fight for beliefs and morals that, whether right or wrong, stick to them although they are not of their own mental processing. We see it in many areas of our culture. I will us the political circus we see today. Both democrats and republicans have been fighting against each other so long that neither party really even knows what they stand for or believe in; and they certainly don’t represent the people. They argue their points with no intent on listening to the other, minds totally closed to any possible reasoning the other may have because it is the thoughts of others they are defending; it is not of their mind or even more importantly of their hearts. Their desire to win outweighs their need to understand. The desire to gain power and authority dwarfs their need to gain knowledge and compassion for their fellow man; thus the battle of left and right; good and bad; etc. and etc. continues!

Lastly but certainly most hopeful are those that in a quest to become all they were created to be; those that realize that in order to grow above and beyond their current state of being, they must extend their minds out beyond the programming of their own minds and be open to receive wisdom, new ideas and thoughts from others. We must make sure that we have our “virus protection” loaded to make sure that what is being downloaded is truth; it may be of a different perspective or point of view but in the end, truth is truth. “And now, O Lord God, You are God, and Your words are truth, and You have promised this good thing to Your servant” – (2 Samuel 7:28) . We have a responsibility to share with our brothers and sisters that which we believe to be truth. “Therefore, rejecting all falsity and being done now with it, let everyone express the truth with his neighbor, for we are all parts of one body and members one of another.” – (Ephesians 4:25)

Last week I participated in a “Synergy Session” with multiple individuals and it was incredible. From each person came a different perspective, but one truth. I came to give what I could of value but left with ten times as much in terms of perspective and views of the truth. It was the equivalent of uploading updates and enhancements to the programs already on your computer. They make the program even more useful as we seek to enhance it.

I seek individuals such as this to share thoughts and ideas with; people who are out not to argue their point but to improve their understanding of the very points, beliefs and ideas they already possess. I found those type people here during this synergy session. If you desire to be a part of a group such as this, I highly recommend you checking the website www.getreadycoaching.com for the next scheduled synergy session and plan to be a part of it.

Rewiring is something that requires a personal decision but is achieved more completely and more quickly with the synergy of others on the same quest; rewiring themselves to become all they were created to be and to making a positive impact in the world!

2 Responses to “Rewire for a New You”